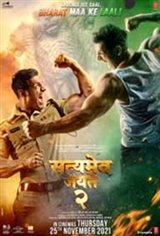 In a country where power is synonymous with immunity, corruption runs riot in every segment of society, with the common man enduring these immoral actions.

Entangled in this vicious world is Satya - a strong, patriotic, and single-minded man with dreams of a corrupt-free India, and having seen too much injustice from the sidelines, decides to take matters into his own hands.

However much he tries to change things as a leader, with help of his fearless wife, he is unable to stop the rampant dishonesty and greed in the country. So, Satya is a leader by day and becomes a vigilante by night punishing the corrupt.A shrewd and courageous police officer, Jay is deputed to catch the vigilante and stop the killings.