Published By Alexandra Heilbron on Jul 27, 2021 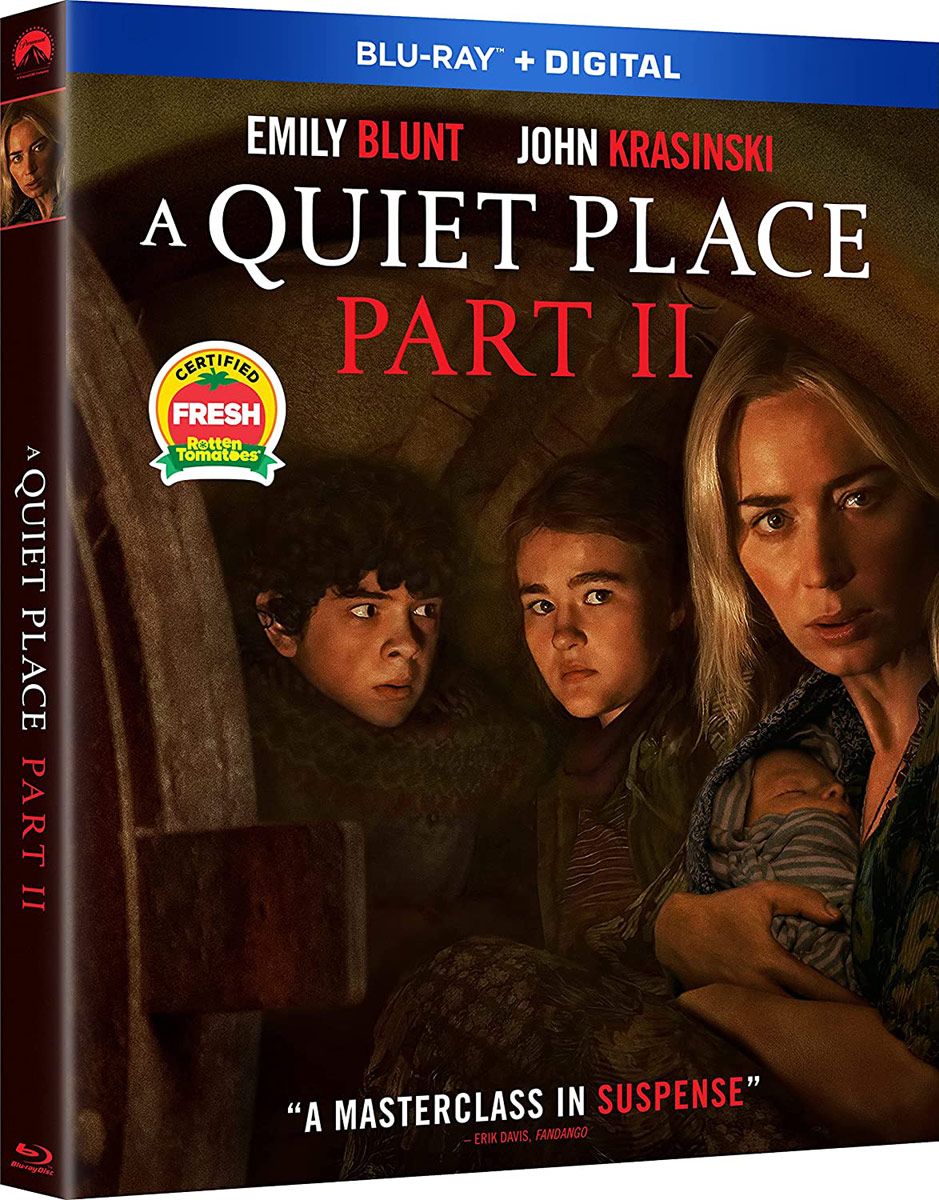 A Quiet Place Part II, one of the most anticipated films of 2020, was delayed over a year due to the COVID-19 pandemic. When it finally released, it quickly became the first movie since theaters reopened to earn over $100 million domestically.

If you saw A Quiet Place in theaters, you might worry that the sequel wouldn’t have the same impact when viewed at home. I’m happy to say it does – maybe even more so. In the theater for the first film, I was reaching to get my drink cup out of the holder, then stopped, knowing it would make a sound, however slight. At home, I was so afraid to make noise that I didn’t move at all – in fact, I was even holding my breath at certain points as the characters experienced possible danger on the screen.

The sequel begins before the events of the first film — about an hour before the creatures first appear. As the townsfolk go about their lives — buying groceries, watching a kids’ baseball game — they witness explosions in the sky. And then run for cover as the creatures come after them.

Lee Abbott (John Krasinski) takes his daughter Regan (Millicent Simmonds) in his truck while his wife, Evelyn (Emily Blunt) takes their sons in their car. For a split second, all the sound disappears, leaving a void that takes the viewer by surprise, until we realize we're witnessing what’s going on from Regan’s point of view. She can’t hear, which makes it all the more frightening. She has to determine what’s going on by sight alone.

The movie then jumps forward to after the events of the first movie. Evelyn, Regan, Marcus (Noah Jupe) and Evelyn’s newborn have to find new lodgings. They find an old friend of the family, Emmett (Cillian Murphy), whose son was playing alongside Marcus at that final baseball game before the world turned upside down. Emmett is less than pleased to see them. He’s seen too much to be open to the arrival of people, no matter what their relationship was. He tells them every human he's come across has been out of their minds.

Although I was really looking forward to Part II, I wondered how it could live up to the first movie. This time around, taking on 100 percent of the screenwriting duties in addition to directing, John Krasinski manages to put even more into the sequel. Each member of the family struggles in their own way to deal with the events and a possible solution. Krasinski throws fascinating new obstacles in their path, driving up the thrill factor. It's a brilliantly written script, as well as being wonderfully directed. I'm sure I'm not the only one hoping Krasinski has several more stories to tell about the Abbott family and their adventures.

Newcomer Cillian Murphy adds a new twist to the story. The last movie focused solely on the Abbott family, who all supported each other. As Emmett, Murphy gives us a troubled, tormented soul who has lost everything and is suspicious of everyone. He’s a lot for the Abbott family to deal with, but he’s their only hope.

Emily Blunt, who won a Screen Actors Guild award for her work in the first film, turns in just as nuanced a performance here as she did the first time around. She has even more to deal with in this film, including a newborn who must be kept quiet, a son who’s been injured, and a headstrong daughter, in addition to the relief of finding Emmett, only to be disappointed when she finds him so changed. 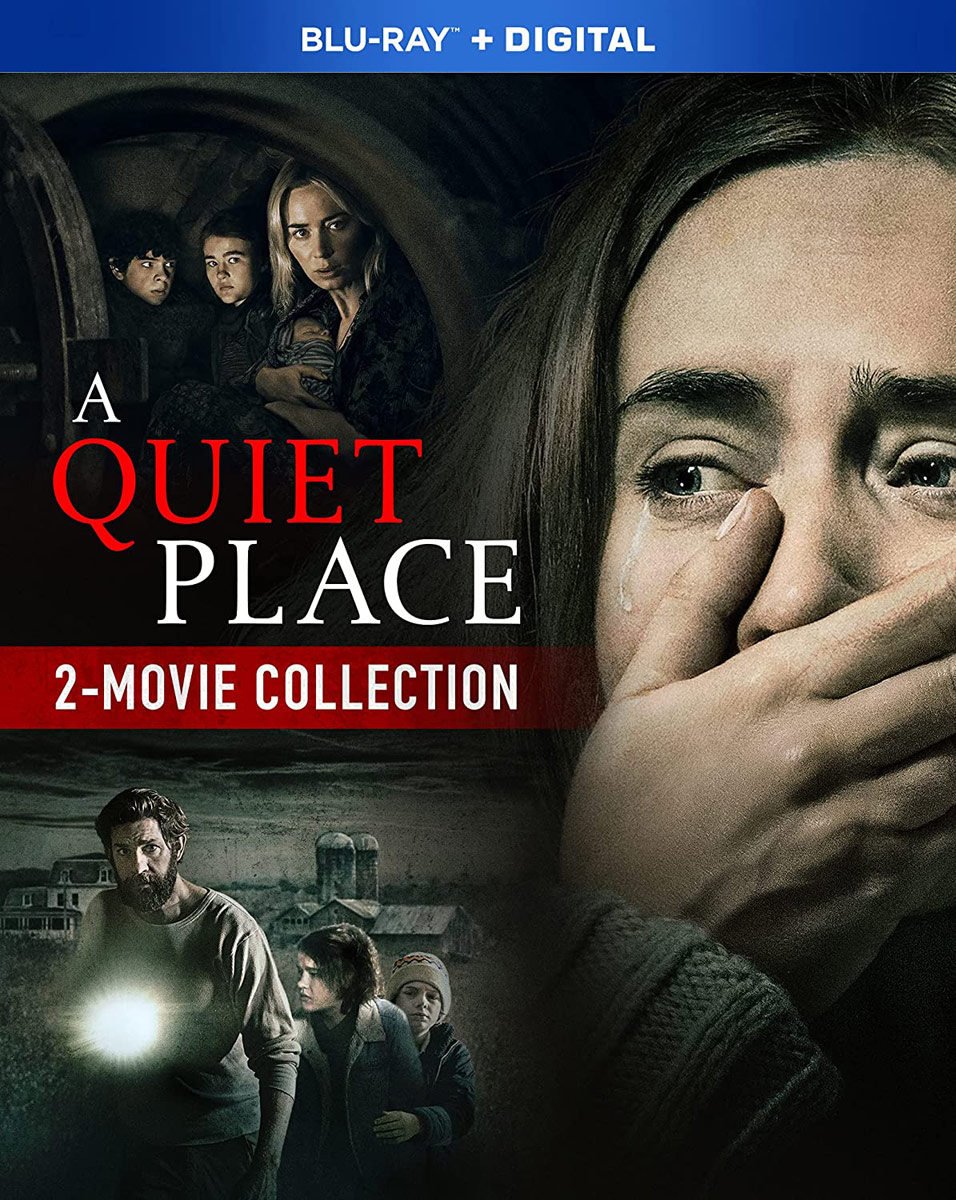 The teens – Millicent Simmons and Noah Jupe – may have the most surprising journey of all the characters. Given their situation, these two experience things along the way that will either make or break them – and they rise to the challenge.

The Blu-ray has several extra features on it, including:
* Director’s Diary: Filming with John Krasinski
* Pulling Back the Curtain
* Regan’s Journey
* Surviving the Marina
* Detectable Disturbance: Visual Effects and Sound Design

A Quiet Place Part II is available today (July 27, 2021) as a 4K Ultra HD Combo Pack; on Blu-ray; on DVD, and as a 2-Movie Collection combined with A Quiet Place. ~Alexandra Heilbron