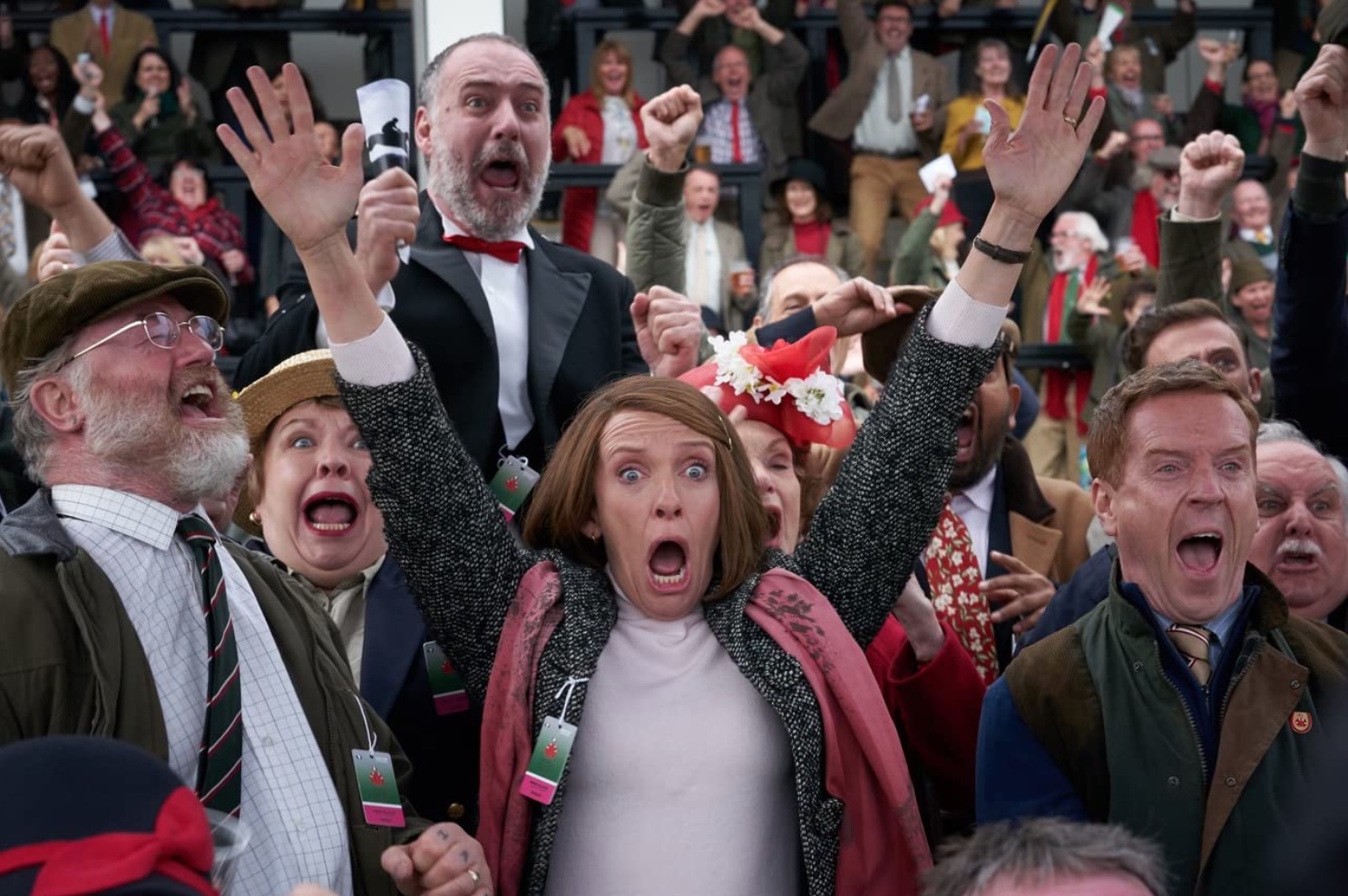 Even though theaters are open everywhere and summer releases are heating up, there are still tons of great flicks and series coming to at-home streamers, DVD/Blu-ray, and On Demand. Find out what to watch at home this week, including the feel-good film Dream Horse (above), Amazon Prime Video Original Jolt, and the premiere of the Disney+ remake Turner & Hooch.~Cassandra Coleman

Jolt: A bouncer (Kate Beckinsale) controls her slightly murderous anger-management problem using an electrode-lined vest that shocks her back to normal whenever she gets homicidal. After the first guy she's ever fallen for is murdered, she goes on a revenge-fueled rampage to find the killer -- while the cops pursue her as their chief suspect. Available on Amazon Prime Video July 23.

Dream Horse: Grocery store clerk Jan Vokes (Toni Collette) is bored with her life until she hears a man talking about a racehorse he once owned. Inspired, Jan decides to breed a racehorse, and she gets together a group of people in her small town to go in on the opportunity with her. When the foal is born, Jan is thrilled by his beauty and decides to call him Dream Alliance. Even though there's less than a one percent chance their horse will ever win a race, he brings hope and excitement to the village, especially as he grows and begins to show promise. Watch it on DVD/Digital/VOD July 20.

Turner & Hooch: In this television adaptation of the 1989 film, uptight U.S. Marshal Scott Turner (Josh Peck) inherits a big unruly dog named Hooch. After adjusting to the unwanted companion, Scott realizes that Hooch may be exactly what he needs in life. Available on Disney+ with the first episode debuting July 21.